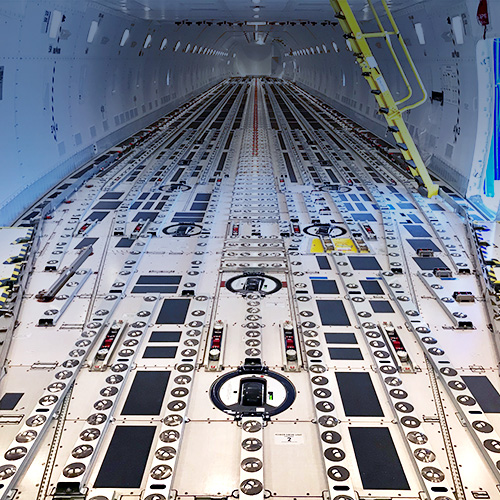 Over time, the systems evolved from a pure drive system set-up to systems fully including all the mechanical support and restraint hardware as well as including an advanced control system. Leaving the cargo loading operation very similar to what the cargo loaders have been used to, behind the scenes the systems included CAN-bus data transfer to an on-board maintenance and trouble shooting display as well as a full digitally controlled system currently used on the Boeing 747-8F.

Compared to the original systems used on the Boeing 747 platform, the system weight has significantly been reduced and component functionality improved. In addition, a variation of sub-systems can be added to ease operation, reduce aircraft downtime and improve serviceability of the system. This ranges from addition of equipment for special loading applications to the remote monitoring capability of the system.